Ecotourism in Iran / Introduction of natural attractions in Iran 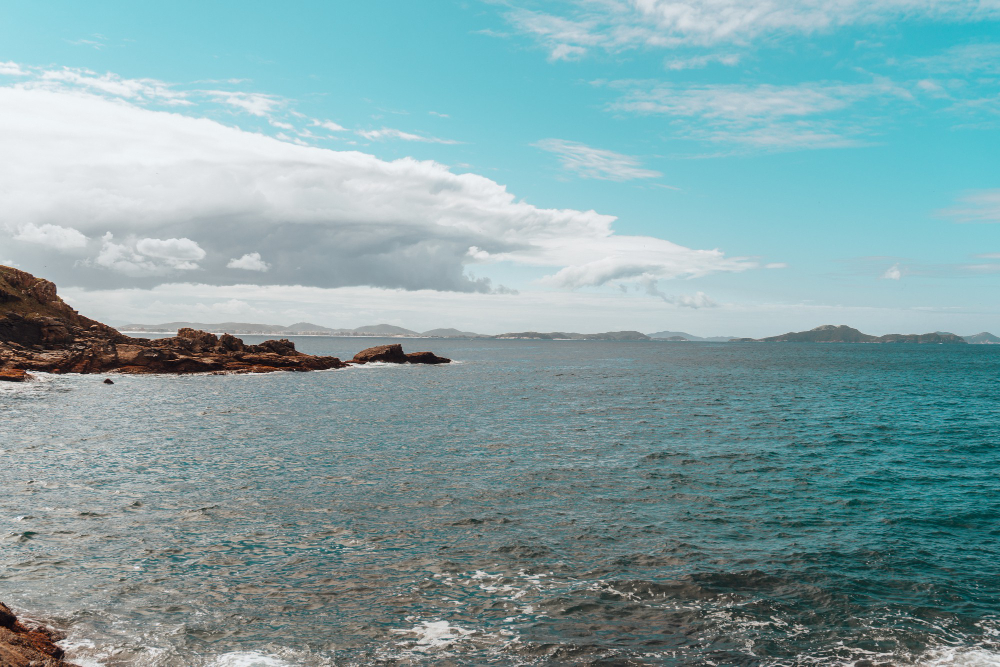 Tourism Angels Company provides tourism services, health tourism, ecotourism in Iran. We seek to introduce a face different from the political definitions of Iran in the world. For this, we consider tourism as an opportunity to create a good mood and a great knowledge of Iran.

According to the World Ecotourism Association definition in 2005 nowadays ecotourism means responsibly travel to natural zones.

Ecotourism means enjoying, understanding, preserving and appreciating nature as the preserver of the environment and to stabilize the quality of life of the indigenous people of the region and to participate in the profitable social and economic activities of the local people.

Ecotourism is a special type of different sub-categories of tourism in which tourists with goals travel responsibly in uninhabited natural zones.

The purpose of education in defining ecotourism is to respect nature, different cultures, beliefs, human rights and economic and political development in these natural zones.

This particular type of tourism has a fundamental point:

Respect nature for example to create social responsibility, grow personalities and create and maintain sustainable and natural environments for the future with their natural wonders such as the plant and animal life and the cultural heritage of these areas and their native people.

Ecotourism has various parts and forms.

Iran is our ecotourism offer for you but why?

Cold mountainous climate: wonderful mountains such as Damavand, Sabalan, Dena, Sahand, Zardkooh, Alvand and pristine hillsides with nomadic people and so on.

Iran is a rainbow of climates, plant diversity, etc.

Iran have the second largest lake in the world and have access to international waters from the south and the Caspian Sea from the north and has about 330 famous waterfalls.

Iran is a piece of heaven and the line between reality and dream.

Travel and tourism costs in Iran:

Iran have the lowest costs for tourists in the world and you will receive the best services such as tickets, visas, accommodation, etc. at the most reasonable prices possible.

For information about our packages, go to the tour package section or send us a request.

The story of an experience of ecotourism in Iran

Pileh Baba eco-residence is located near the Saravan Rasht traditional bazaar and is surrounded by the green forests of Gilan. About 70 years have passed since the life of this village house and its architecture shows the traditional style of native houses in northern Iran. Pileh Baba eco-house has two floors and the upper porch is large and spacious. On the lower floor of this eco-tourism house, a large hall has been planned for hosting large number of tourist tours, which has a capacity of 30 guests. Five separate rooms have been installed in this house and a total of 55 tourists will have the possibility to stay in this complex at the same time.

Behesht eco-residence is located in the pleasant village of Moushengah and has been around for more than 160 years. Five private rooms have been installed in this traditional house, one room for two people and the rest for five people. The rooms in this Bomgari residence have floor service and a total of 22 tourists will be able to stay in this traditional house at the same time.

The toilets of Behesht Eco-Residence are shared and the rooms do not have private services. In this collection, you will be able to order a variety of local dishes of Gilan, such as Bagalaqataq, Mirza Ghasemi, Sour Chicken and Kebab, Stuffed Fish and Chicken, and Pomegranate. The best time to travel to this resort and visit the surrounding natural attractions are spring, autumn and late summer.

There is a traditional hut with a variety of Gilan handicrafts in the Behesht eco-residence, which you can visit and buy if you wish. Oak and TT huts are also wooden accommodation parts of this complex. The nearest tourist attractions around Behesht eco-residence are Halima Jan Tourist Village, Saravan Forest Park, Saqalaksar Dam Lake, Sangsar Dam, Sefidroud Lake, Mohtsham Bagh, Espahdan Cave, and the house and tomb of Mirza Kochuk Khan Jangli.

Kandavan is one of the most amazing rock villages in Iran and the world and one of the sights of East Azarbaijan province, which is located in the heart of Kaleh Qandi rocks and is also known as Kaleh Qandi village. This historic summer village is located at the foot of the slopes of the Sahand volcanic mountain and next to the Kandavan river. The mountainous nature of the area has created streams on the surface of the sloping areas that move towards the valley and form the primary branches of this river. There are beautiful green pastures around this village that attract many nomads. The entire east of the valley is also covered with mountain willow, walnut, elm and almond trees.

The deserts of Iran

The deserts of Iran are known as one of the attractive regions of Iran. For example, we can mention Dasht Kavir and Dasht Lut. In these deserts, you can experience off-road riding, watching the starry sky of the desert, sunbathing, etc. Of course, it should be mentioned that the deserts of Iran also have lakes and flora and fauna that provide a great experience for tourists.
Lut desert is located in the southeast of Iran and carries the title of the most pristine spot in Iran. "Lot" in the Balochi language, which is considered to be one of the languages ​​of northwestern Iran, means bare, without water and grass, thirsty and empty of everything, and is on par with the word "Lat" which, with a little exaggeration, describes the characteristics of desert areas. The major part of this great desert is sand and sand and other parts have desert geography; Therefore, it is possible to differentiate between the two terms desert and desert and reconsider using them interchangeably.

Deserts are areas where the annual rainfall usually does not reach 50 mm and has very poor vegetation; But the desert is said to be clay lands that have a very high salt content and are known as salt marshes. Most of the deserts, the time of their formation goes back to the third geological period, have included ancient lakes, and now the salt left behind from their evaporation in distant years prevents the growth of any plants in these areas. Therefore, scientists and geologists believe that the vast region of southeastern Iran should be introduced as Lut Desert; Because the term Lut Desert refers to only a part of this vast desert.

Iran has big wars with different vegetation in the north, south and west of Iran.
For example, we can mention the forests around the Caspian Sea and Arsbaran forest in the northwest and the forests of Gilangarb, etc., and we will introduce an example of these forests.

Arasbaran forests, with an area of ​​nearly 130 thousand hectares, are located near the Aras river in the northern part of the beautiful province of East Azerbaijan. It is safe to say that Arsbaran is considered one of the most beautiful areas in the entire north of Iran. Tabriz is the closest city center to Arsbaran forests, which is not far from this city.
The green forests of Arsbaran have occupied large parts of the northwestern region of Iran and have given a unique beauty to the province of East Azarbaijan.
The world organization UNESCO has introduced Arsbaran as a biosphere reserve with an area of ​​about 12,000 km.
The climate of Arsbaran forest is influenced by the Mediterranean climate, and in addition, it is located within the radius of the Caspian and Caucasian climates.

The sea and lakes of Iran

Hoz Sultan or Qom salt lake, which is located in the north of the city and Qom province. The salinity and salts of this lake are very high, which has turned it into a salt lake.

This lake is located in Fars province and southeast of Isfahan province, where Zayandeh River flows into it. This lake, which is considered as one of Iran's seasonal lakes, has revived again in these rainy years, thank God.

Another seasonal lake in Iran is Bakhtegan Lake, Fars. Niriz or Bakhtegan is the name of a lake in Fars province and Niriz city, which is located in the east of Shiraz city.

A lake has appeared between Kerman and Baluchistan province, the beautiful name of Jazmurian, which is fed by Halil River and other seasonal rivers. This lake, which is part of Iran's seasonal lakes, is alive throughout the year in these rainy years, thank God.

Bakhtegan, Fars province, is one of the most important permanent lakes in Iran and the fourth wetland in Iran.

This title applies to lakes, which are full of water throughout the year and the amount of water does not vary much.

The biggest permanent internal lake of Iran is Lake Urmia. This lake is located between the two provinces of West Azerbaijan and East Azerbaijan. As the largest saltwater lake in the Middle East, Lake Urmia has been ranked as the sixth largest saltwater lake in the world. This lake is the most important lake in Iran. Of course, unfortunately, in recent years, despite the natural and management problems in the country, we have witnessed the seasonality of this lake at some points of time.

Tourism Angels is a great experience of ecotourism for all tourists. 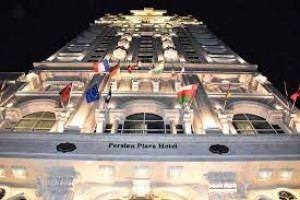 Hotel and transportation services in Iran 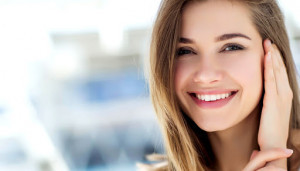 Medical and cosmetic services in Iran 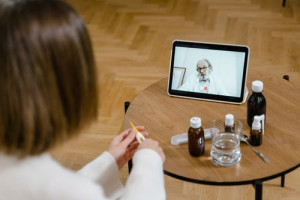